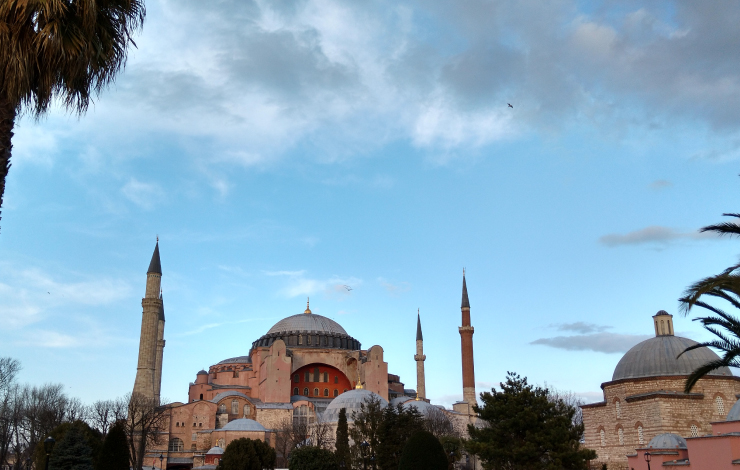 After many years of wanting, a year of gushing and sighing over Instagram posts, travel blogs and history articles, a few months of meticulous planning and last minute jitters due to an ill timed travel advisory (yolo!), my Husband and I finally got to strike Turkey off our bucket list. It was a short (too short if you ask me) trip. To maximize our experience in the available time, we picked Istanbul and Cappadocia to be part of our Turkish experience.
If you have a sweet tooth, then Turkey is your paradise! Street side café’s specializing in Turkish sweets, pastries, macarons and desserts dot every street.  We’d have desserts for breakfast, lunch, snack, dinner and even squeeze in a late night dessert! We could never get enough! 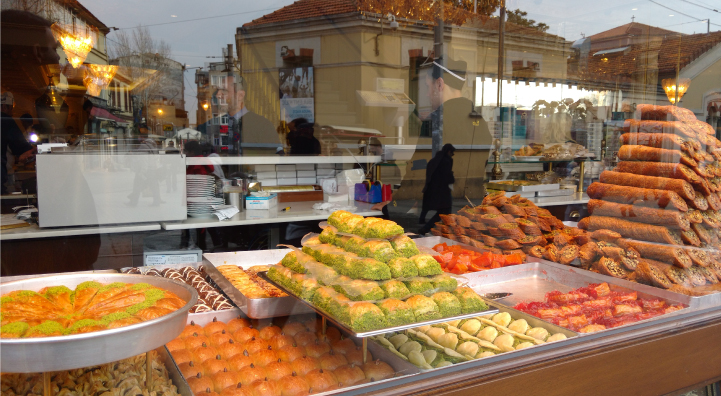 Day 1 was all about being a local in Istanbul. We started our day at Taksim Square, part of the new city, and tread our way towards Galata Tower for the most amazing 360 degree view of the city and the Bhosphorous. Walking down Istiklal Cadessi or Independence Street was just the beginning of our surreal journey through Turkey. There’s history, culture and modernity around every corner. Color, music, food and Turkish art overwhelm your senses. As you walk down towards the tower, you dodge not a sea of people (more than Times Square even!) but also the historic tram that constantly travels up and down the street. Istanbul has to be the most vibrant city I’ve ever seen. It’s an eclectic mix of east and west. 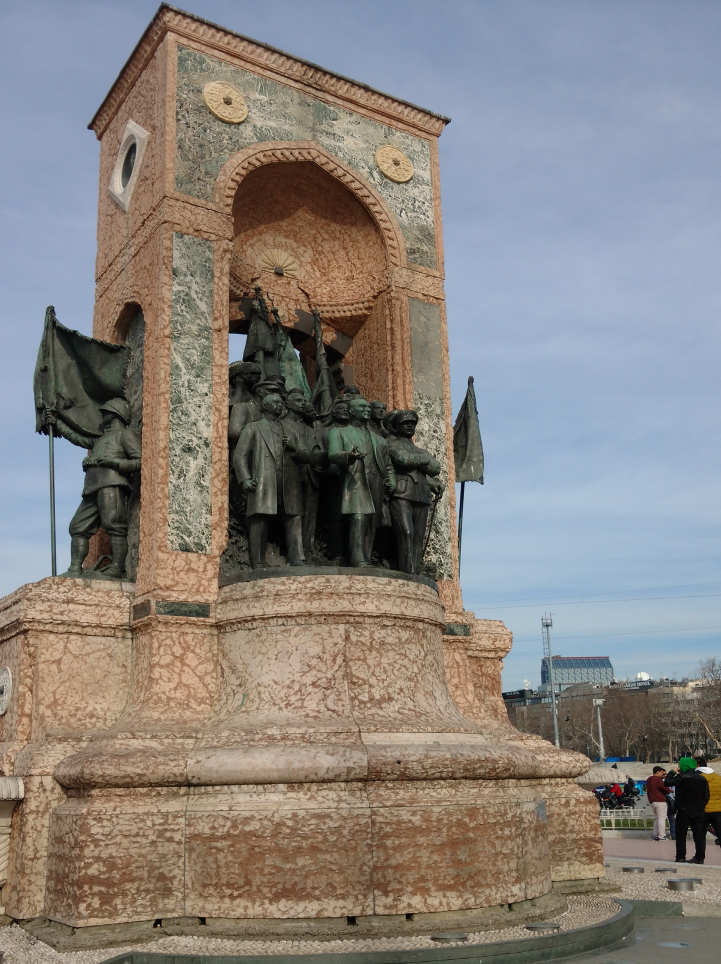 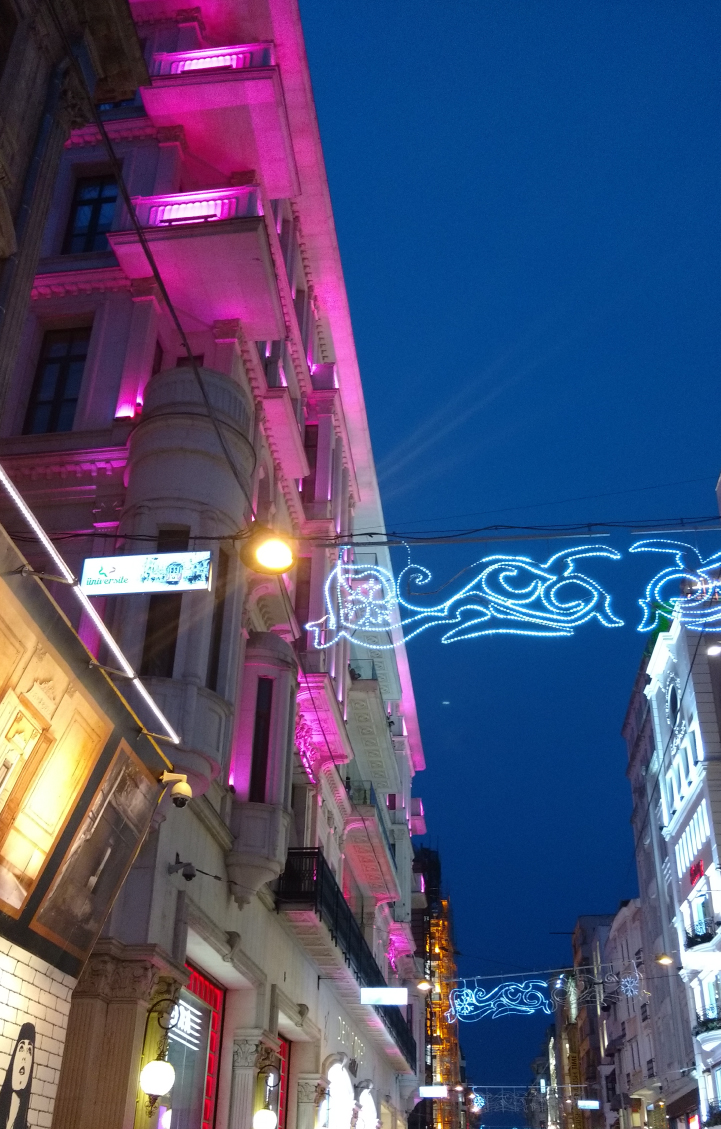 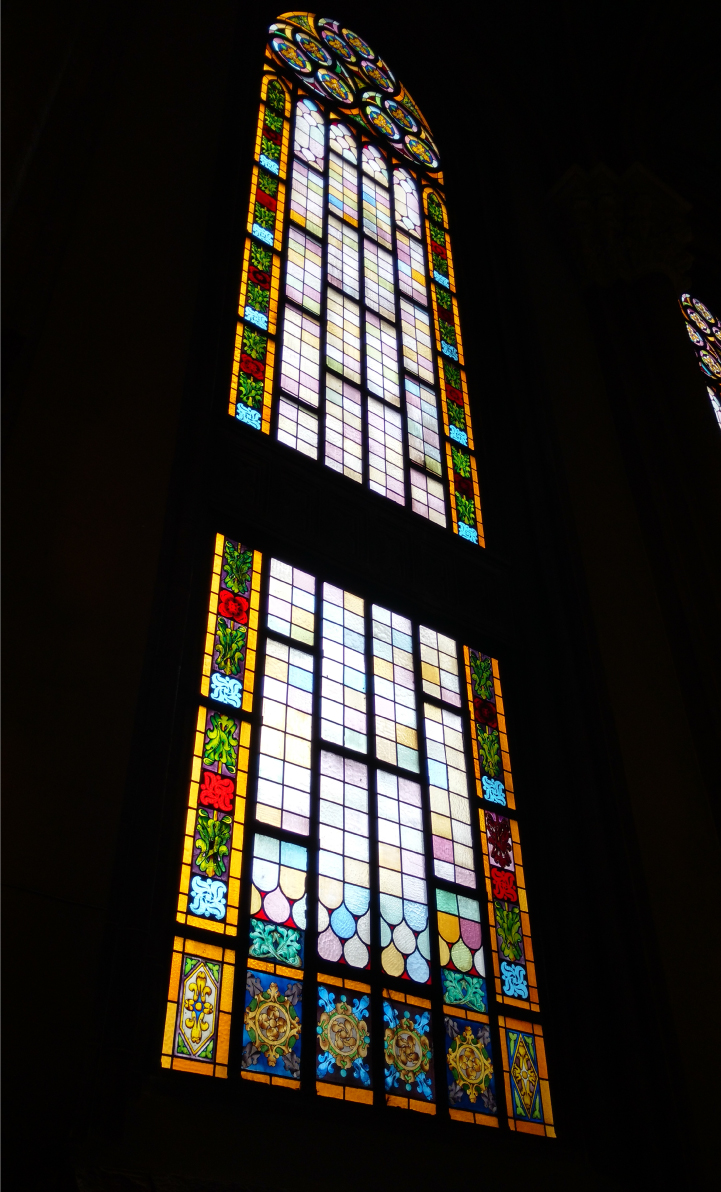 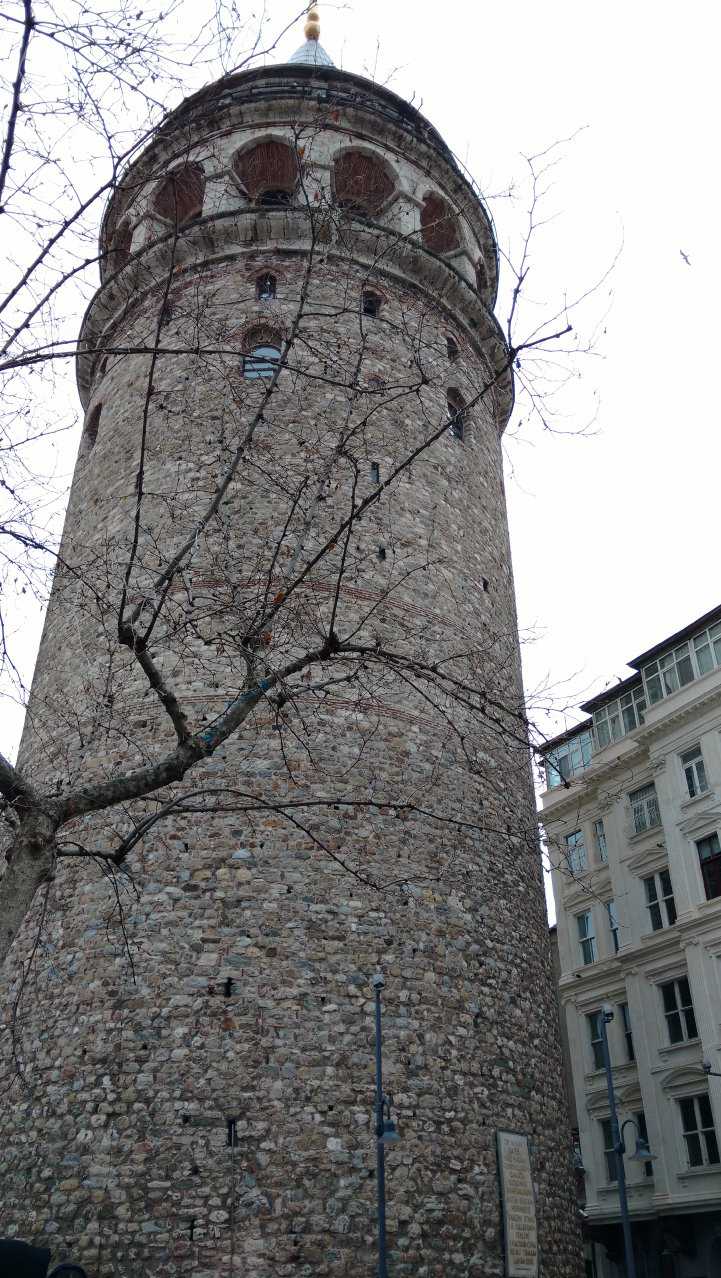 Galata tower, built in 1348, still looms high over the Istanbul skyline, watching over the old city as it has been for centuries

We took a two day visit to ancient Cappadocia and were completely mesmerized by beautiful early 6th to 11th century cave churches and homes. Best part was staying in a cave hotel with an amazing view of Göreme just beyond your window! 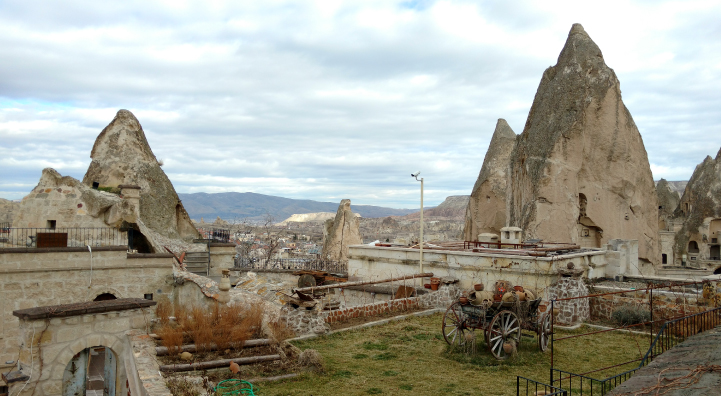 View from our hotel room patio. 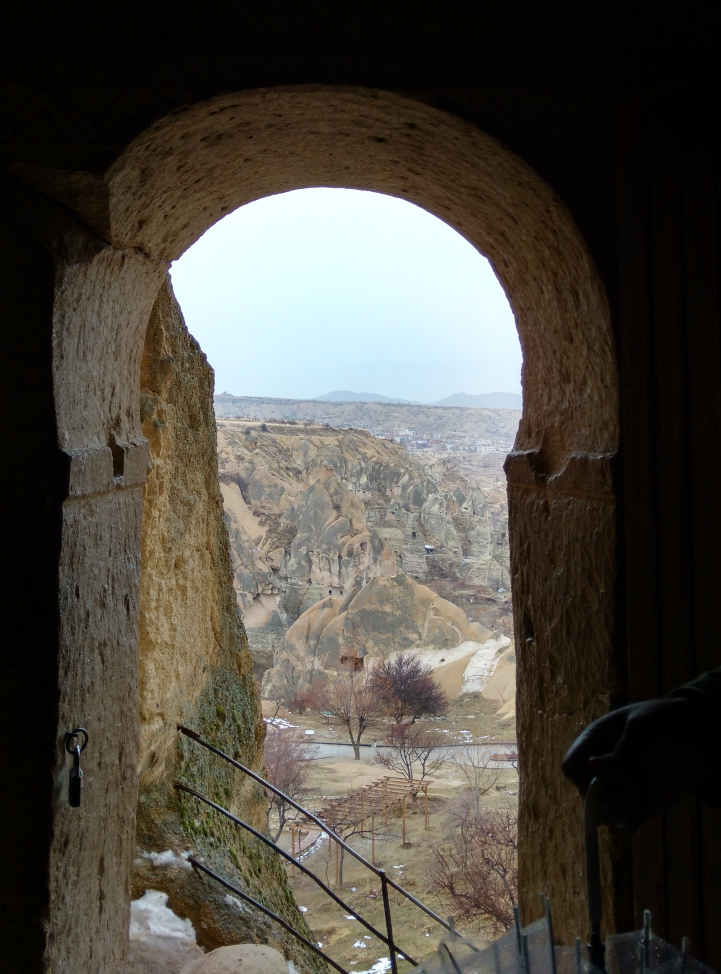 View through the door of one of the ancient cave churches in Cappadocia, from the 10th, 11th and 12th century AD at the Göreme Open Air Museum. 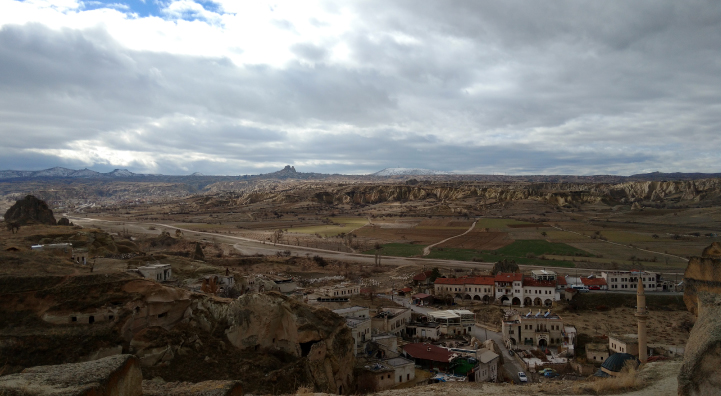 The Village of Cavusin , looking down from John the Baptist church(again a cave church). 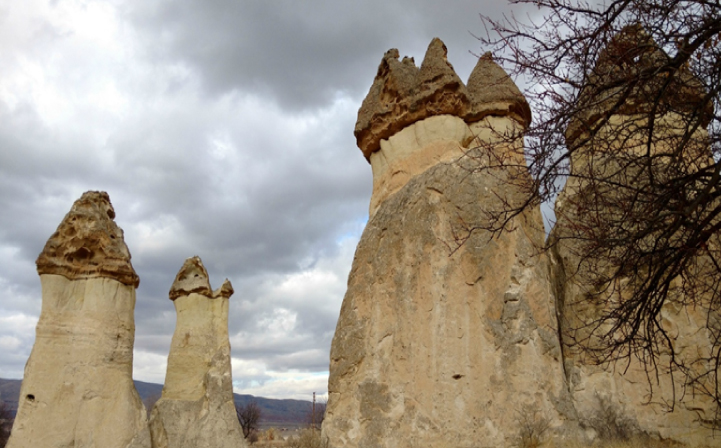 We ended our trip back in Istanbul, soaking in the history and charm of the old city. Sultanahmet District is the heart of historic Istanbul or Old city. The Hagia Sofia still stands regal almost 1500 years after it was completed. The Sultanahmmet Mosque or the “Blue Mosque” is another example of not just the sophistication and extravagance of the Ottoman Empire, but the attention that was paid to the minutest of details in art and symmetry. 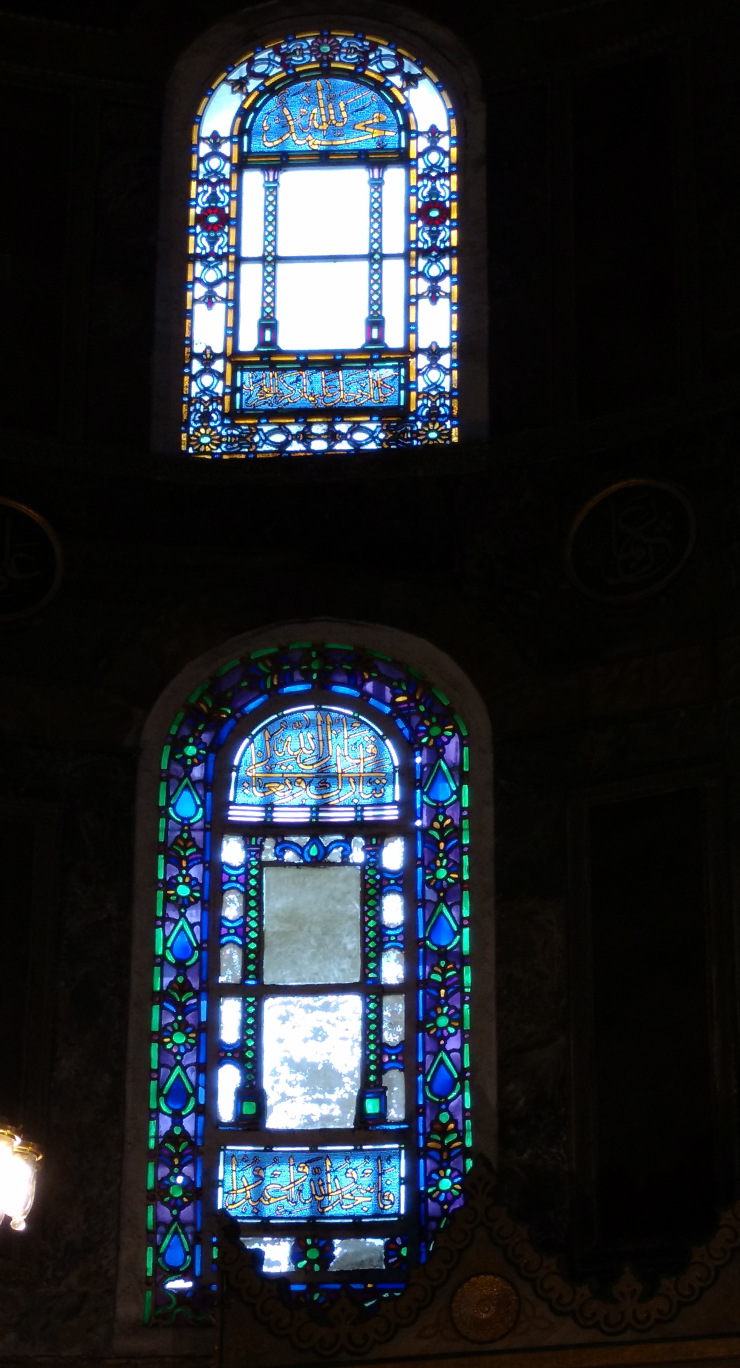 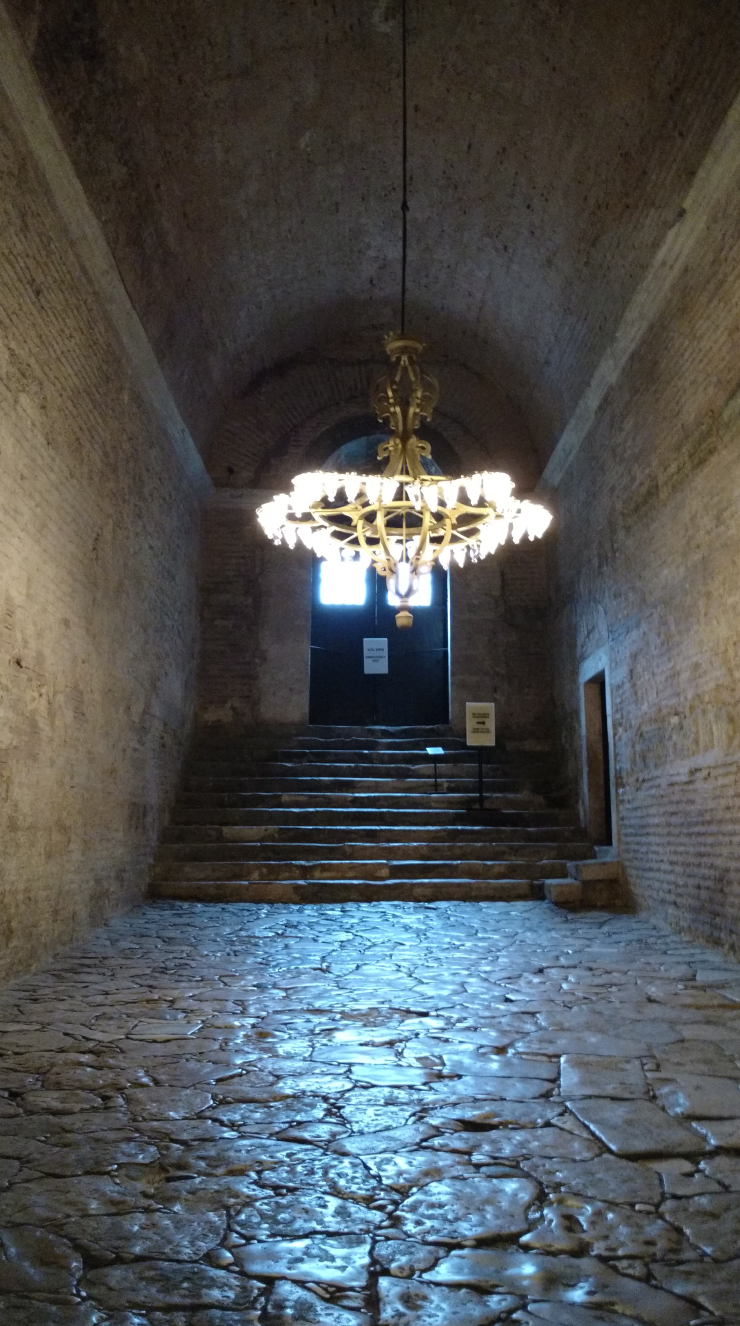 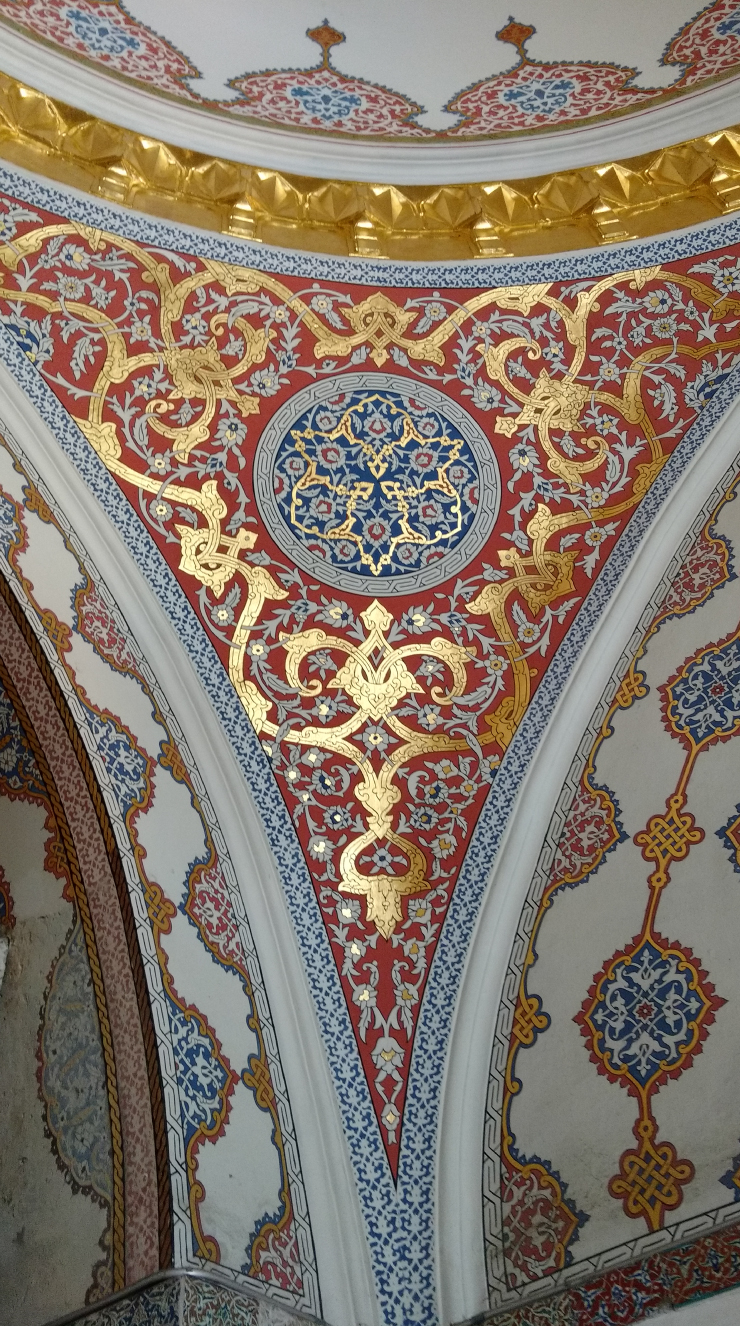 Intricate and detailed paintings on the ceilings of the Topkapi Palace. 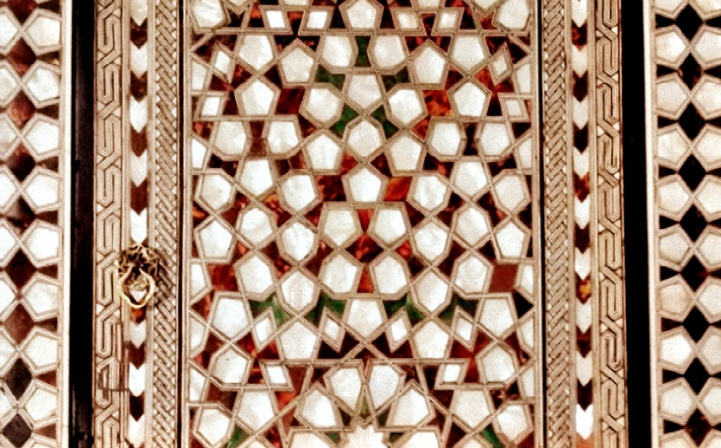 Detailed handiwork with Mother of pearl and precious stones on the doors to the Tomb of Princes adjacent to the Topkapi Palace. 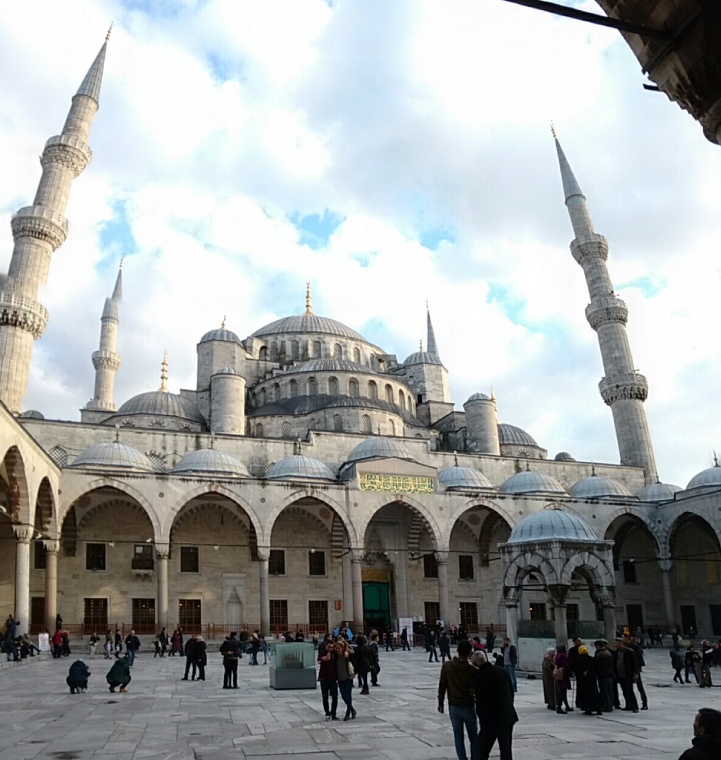 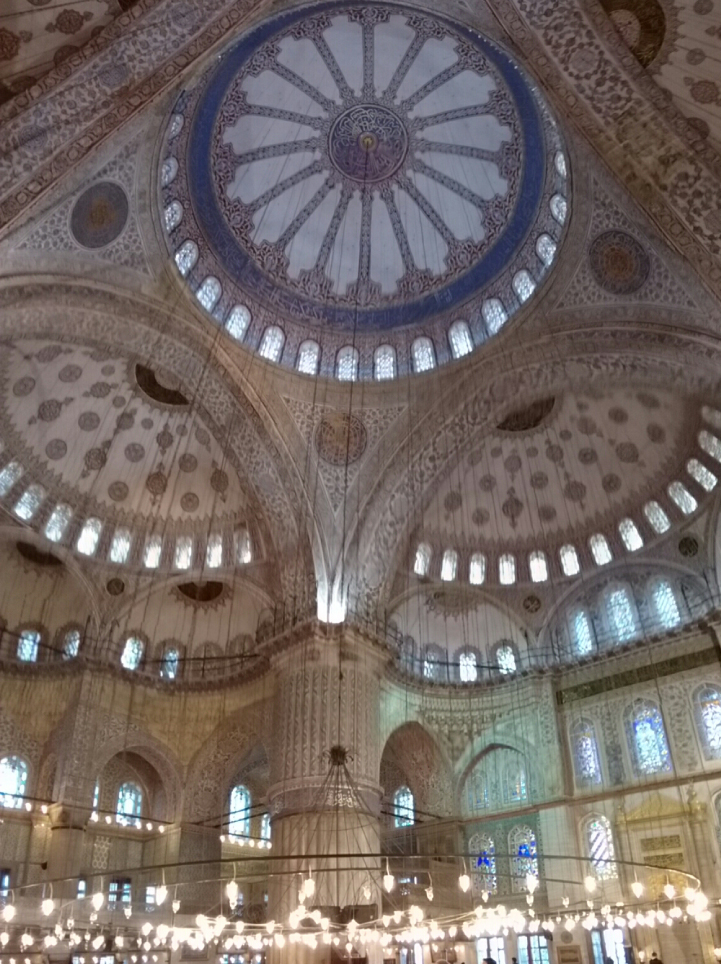 Interior of the Blue Mosque, Intricate details painted on the extremely tall ceilings; notice the symmetry in every aspect of its architecture and design.

The Basilica Cistern is an underground wonderland. Rows after rows of Iconic and Corinthian style marble columns hold up a 6th century cistern providing filtered water to the Old City for centuries. Now open the public, it’s an otherworldly feeling to be walking between these giant columns, finding your way to the 2 Medusa heads. 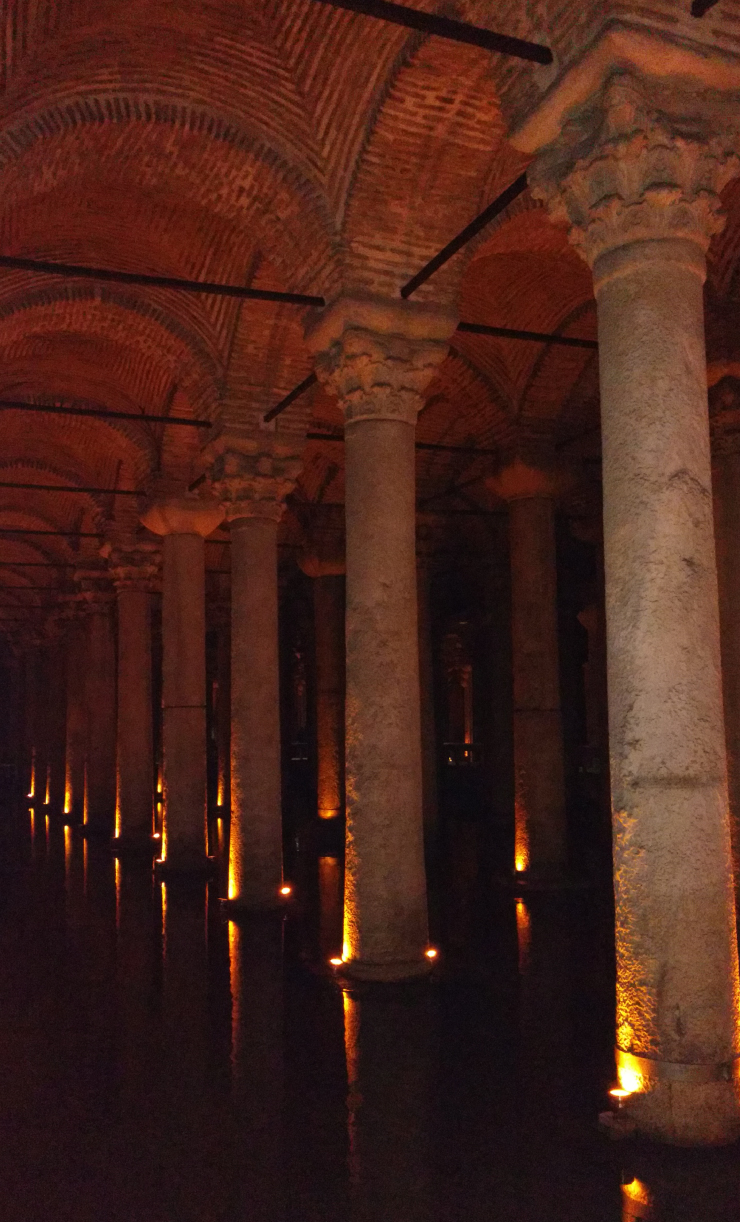 The long rows of tall columns that have been holding up this ancient cistern for centuries just a few feet below the old city.

Medusa head in the Basilica Cistern.

No trip to Istanbul can be complete without a trip to the Grand Bazaar! One of the oldest covered markets in the world, it is also one of the largest with over 60 lanes and 5000 stores, selling everything from antiques, jewelry, leather, spices, textiles, teas and much more. It’s exhilarating to be walking through this domed labyrinth full of history and color. 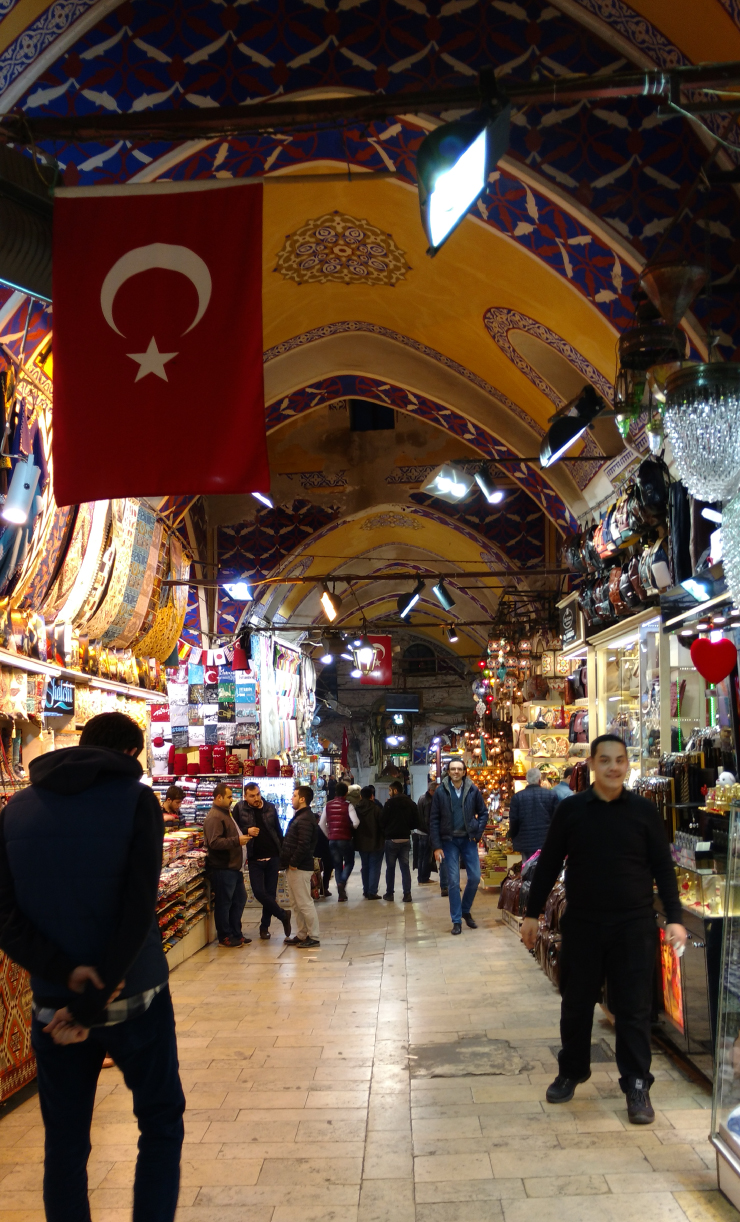 The Grand Bazaar, one of the oldest operational markets in the world. 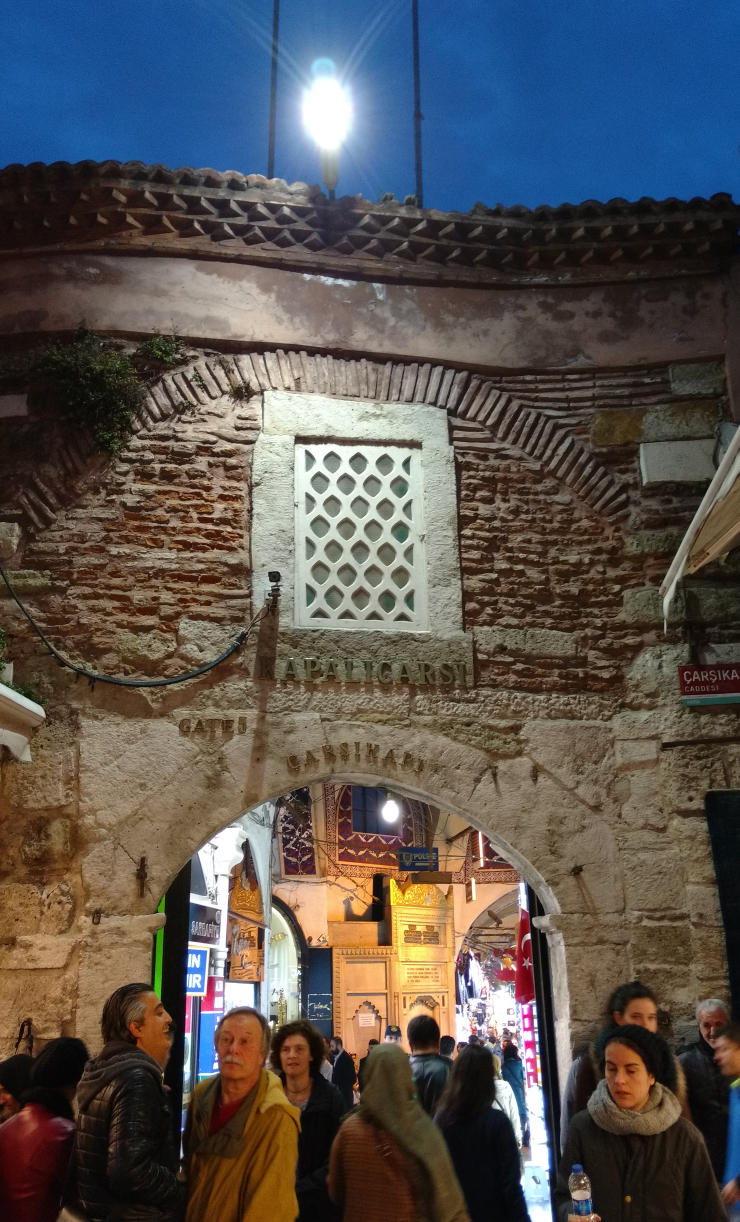 One of the 5 entrances to the Grand Bazaar.

We ended our whirlwind Turkey trip with a bath at the Çemberlitaş Hamamı, a traditional Turkish bath which has been operational since 1584. 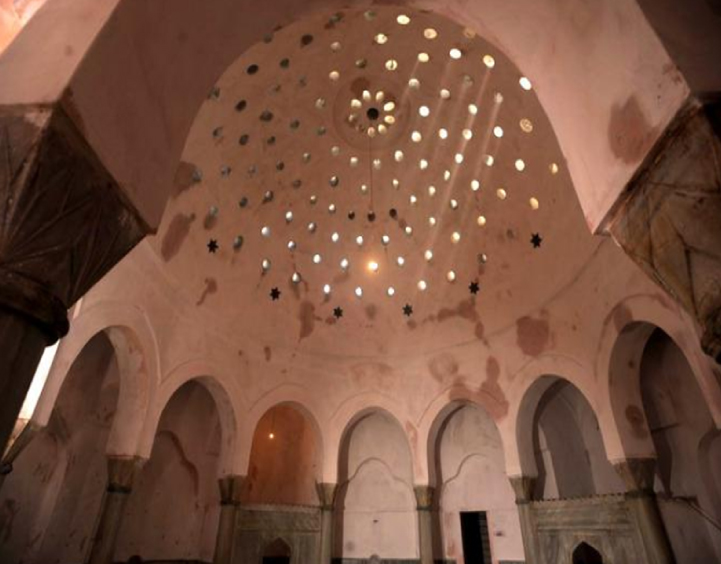 It was an amazing experience in color, culture and culinary delights.  A truly wonderful place to travel to.
Colorfully yours,
Sharon Mathalikunnel 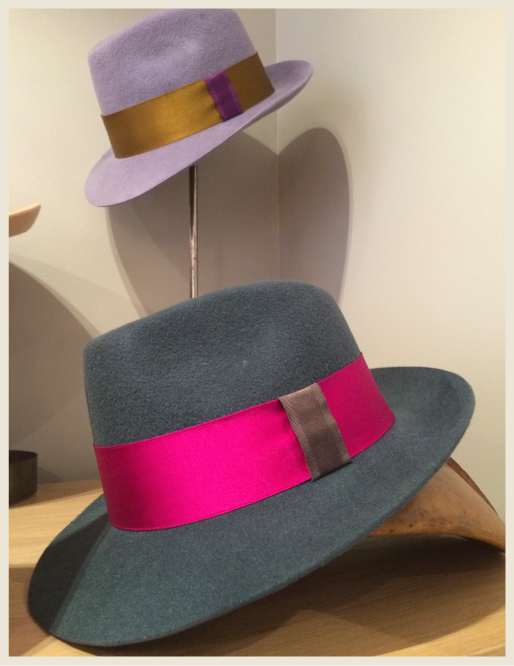 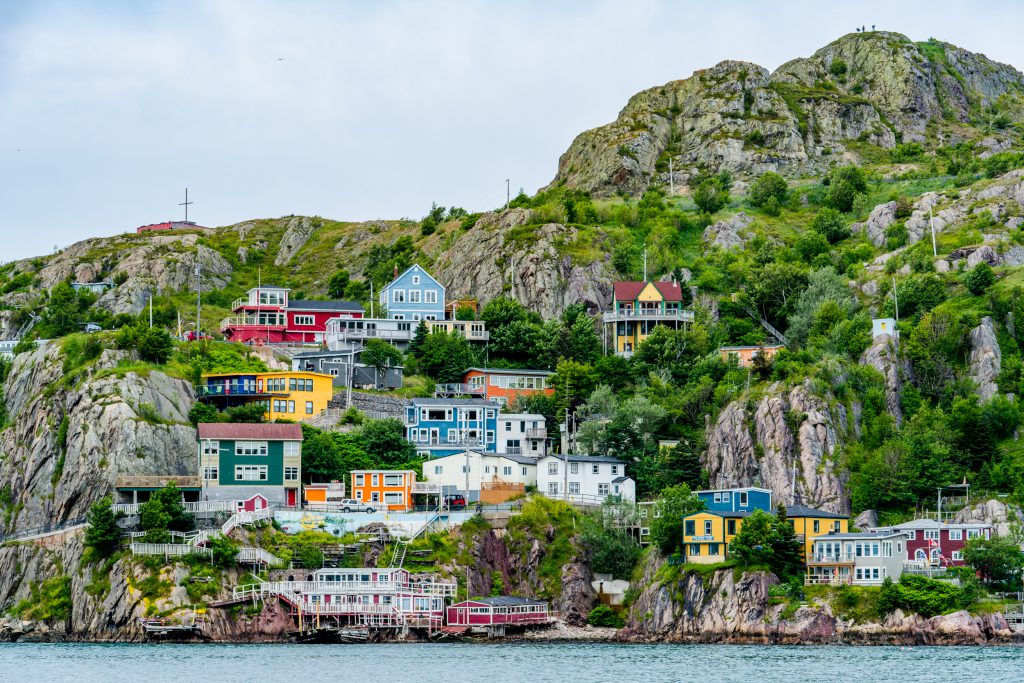 Color of the Month: Smoky White

Color of the Month: Smoky White 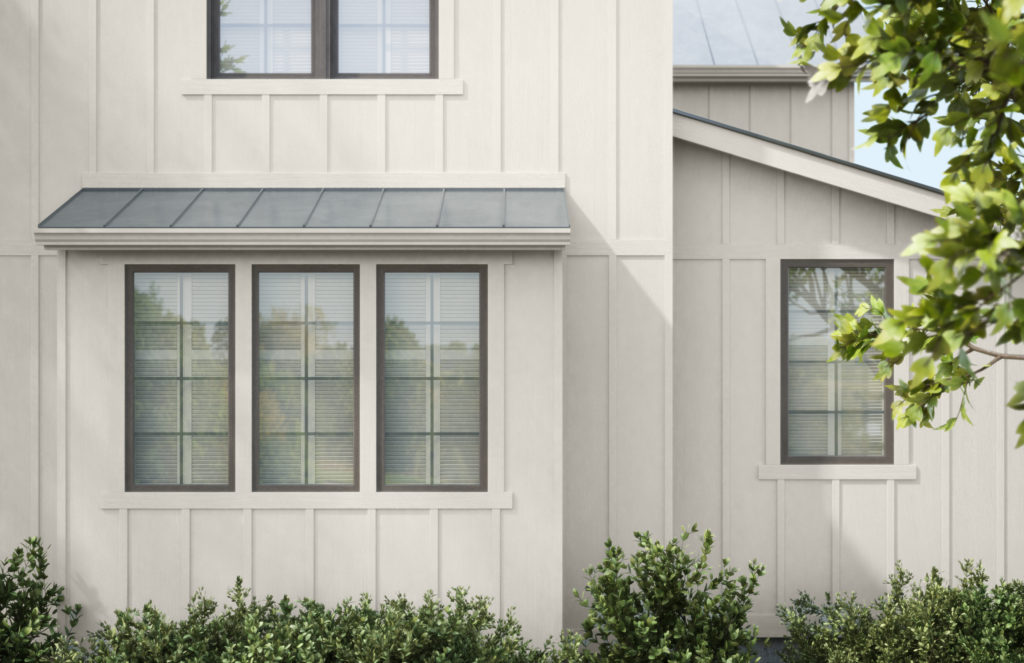